Is your 40-year-old boss secretly toting 30+ games on her phone?

Think about how in the 90's teens were constantly engrossed in their flip phones. Their parents frequently asking them how they should be using small applications on their own phone. Obviously, the grumpy teen refused to help but now that the grumpy teens have kids of their own they're much more tech-savvy and they've finally taught their own parents about smartphones too.

With knowledge comes power and this knowledge is translating into an ever increasing use of apps on smartphones. With gaming applications contributing over 70% of global app revenues it has become integral to understand the age based gaming demographics.

In the current scenario, when most of us think of the quintessential mobile gamer we may think of an adolescent boy but, as I've previously written about, the reality may be diagrammatically opposite! 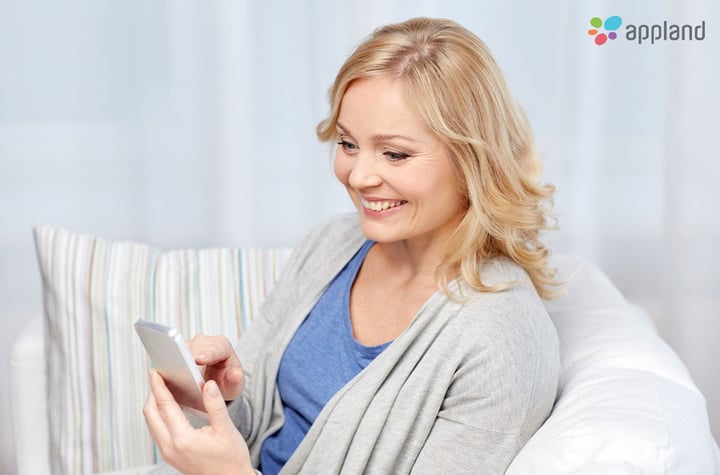 It is obvious that millennials with their tech savvy nature would play the most frequently but isn't it shocking that even 40 year olds are so engaged with mobile gaming? 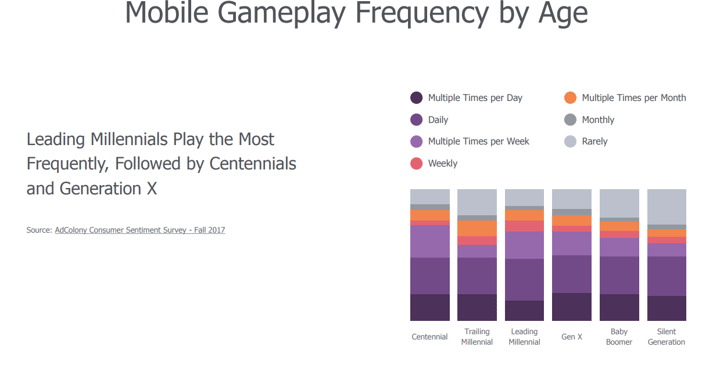 Number of Games Installed by Age

Since teens have the largest number of games installed this may translate to lesser loyalty. On the other hand, GenX and Centennials have a larger proportion of people having only 1-9 games on their smartphones.

Thus, it makes sense for gaming companies to create grames targetted to these segments.

Isn't it better to have an engaged player who plays for hours than one who simply downloads your game and forgets about it? 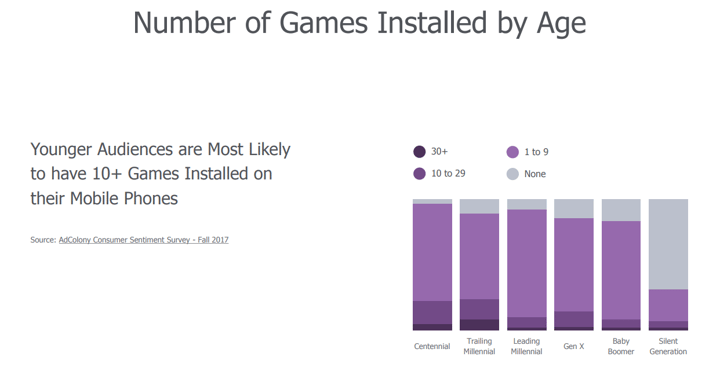 Thus, millennials may be the most visible segment but it's the GenX who truly are the most engaged when it comes to mobile gaming.

So quite honestly, your 40-year-old boss is most probably toting 30+ games on her phone where she could be loyal to more than a handful!

Do you think casual gamers in their late 30's and early 40's are a lucrative segment to target? Do let me know in the comments below!